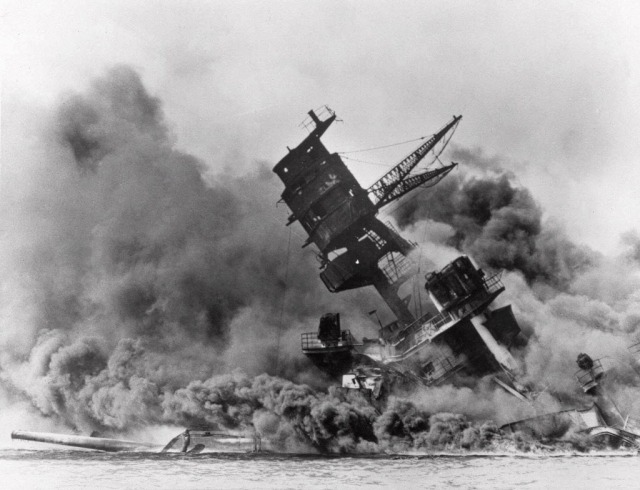 I researched and wrote a detailed timeline of the events leading to the Dec. 7, 1941, Japanese attack on Pearl Harbor for USA Today online and for a special insert in Gannett papers across the country.

As I wrote in the introduction, many Americans believe the attack was totally unexpected. However, even a casual student of history knows of the friction between the U.S. and Japan in the years before World War II. I sought to assemble the historical facts into a coherent narrative that describes the lead-up to war.

I originally envisioned a standard timeline, but I uncovered interesting items previously unknown to me, from the awful story of the USS West Virginia and the men trapped below decks, to the curious coincidence of the doomed USS Arizona in a 1934 James Cagney film titled “Here Comes the Navy.” These are facets of Pearl Harbor that are unknown to most.

This took a great deal of research. At last count I had literally 17 books stacked on my desk, from Craig Nelson’s “Pearl Harbor, From Infamy to Greatness,” to a memoir written by Joseph Grew, the U.S. ambassador to Japan. I also pestered the National Archives and the U.S. Navy’s History and Heritage Command for documents on 1932 and 1938 Navy war games that simulated the Japanese attack years before the actual event.

The page, known as a longform presentation, was built by USAT colleague Mitchell Thorson, but the design, research and words are mine.

This entry was posted in Graphics. Bookmark the permalink.