This is a straightforward look at the anti-stall safety system aboard Boeing’s 737 Max 8 commercial aircraft. This ran March 14, 2019, as part of our coverage of the Ethiopian Airline crash in which 157 people died.

We used text and images to describe the Max 8’s MCAS — Maneuvering Characteristics Augmentation System — which is designed to stabilize the aircraft in flight.

It took time to find an aeronautical source that would go on record with me about the system. Boeing declined, citing the federal investigation. Component manufacturers and even some universities did not want to weigh in.

I finally found the aviation people at the Florida Institute of Technology, who were quite helpful.

A link to the explainer is here.

Yes, a Story About Dogs Being Killed for Food is Difficult to Write and Will Break Your Heart 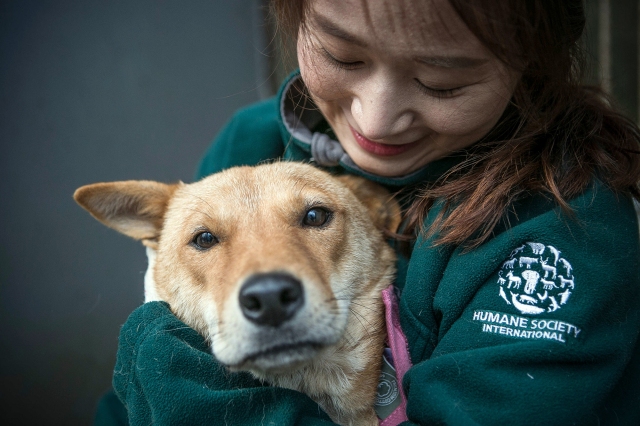 This longform graphic, another volunteer effort of mine, seeks to concisely explain the history of dog farms and dog consumption in South Korea, and why it’s on the wane.

It accompanies a March 6, 2019, story by Thomas Maresca, a USA Today correspondent.

This was difficult to research and write about, but I strove to keep personal bias out of the graphic. We’re observing vast cultural differences here and I did not want to be the ignorant American imposing my values on someone else.

For the record: The notion of killing and eating dogs and cats horrifies me. I’m also horrified by American slaughterhouses — the surreptitious Humane Society video of cows being tormented before slaughter brings me to tears — but I still keep eating hamburgers and chicken sandwiches.

So I don’t have a moral high ground here. Accordingly, I kept the dog story as accurate and dispassionate as possible, since this is not an opinion piece. 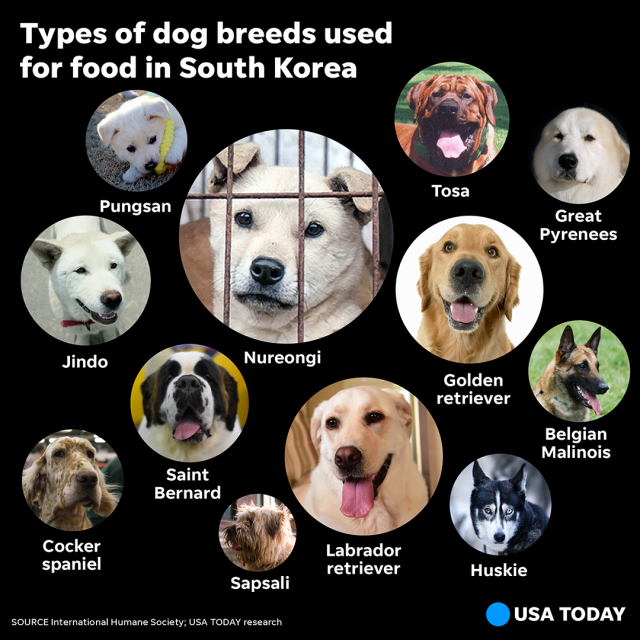 Horning in on a White Rhino Story

I asked Duane Gang, a Tennessean content editor and great guy, if they had a graphic planned for their rhino story. He said no. I said, “Would you like one?”

I try to play heads-up ball at work, even when I’m not at USA Today. On this particular day I was at the Tennessean, working remotely for USAT. Linda and I were in Nashville to look after her parents’ house.

I ended up researching the various rhino species and writing this explainer. I also did the graphics in the longform and an additional graphic (below) that ran with the Tennessean story.

A link to the Tennessean story is here. 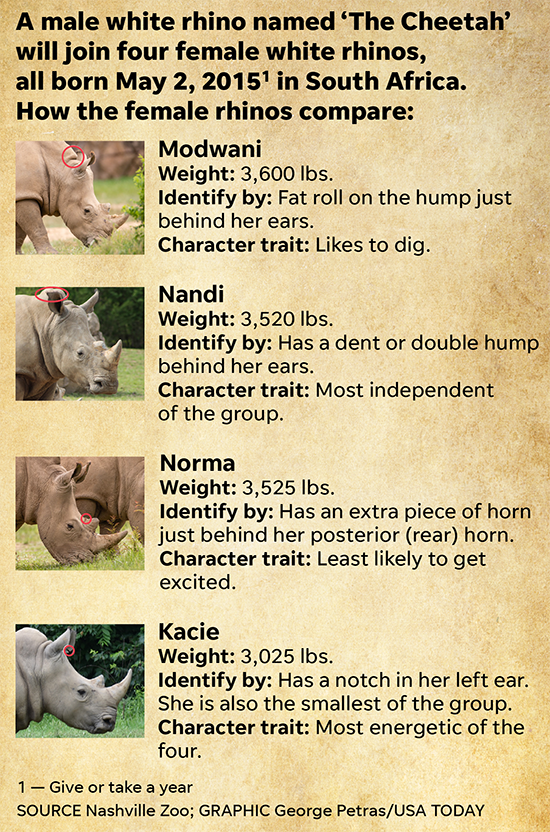 Why Mavericks Waves are So Deadly

This longform graphic explains why the waves at Mavericks — a surfing location for fanatics on the California coast — are so high and so deadly.

Putting this together required a substantial amount of research, including translating bathymetric1 terminology not readily understandable by the average reader. I found myself consulting a number of sources to remedy that.

Graphic artist and colleague Karl Gelles did a bang-up job of adding maps that showed how swells from distant storms in the Pacific Ocean are transformed into four- or five-story high waves when they reach Half Moon Bay.

1 — Another word for underwater topography.

I put together this longform graphic — a more sophisticated presentation for USA Today explainer graphics — as Amazon was narrowing its choice of a new second headquarters.

Using Seattle as the obvious example, I wanted to show what the new HQ2 site could expect from Amazon.

Amazon is not forthcoming on its real estate transactions. I ended up using a variety of sources to put together a narrative of the company’s growth through acquisitions. What surprised me the most was the volume of expansion — nearly the equal of five Empire State buildings over 10 years.

Reporter Elizabeth Weise and graphic artist Karl Gelles helped with research and mapping and were great to work with.

A link to the longform is here.

This was a primer I did on the collection and use of personal data. The explainer uses a simple step-by-step explanation describing your private information, how it’s collected, who’s using it, and how you can be affected.

I put this together because I thought readers needed a plain-English guide to data privacy. I consulted a few outside sources, including the Center for Democracy & Technology, to make sure the information was accurate.

I used one of our new visual formats for the presentation. The format, viewable on both mobile devices and laptops, limited the amount of text that could be shown, which, in hindsight, is a bit of a handicap. I would have preferred more information on each page.

I did the visual elements in Illustrator to give the overall appearance more of a punch.

Looking Back at Tet

My first visit to the Vietnam Veterans Memorial in Washington, D.C., was — fittingly — at night. I came with a few colleagues; we ended up drifting away from one another as the black wall drew us in.

I was alone, looking for a name of a Marine mentioned in Michael Herr’s excellent book “Dispatches1” when some guy and I crossed paths. He glanced at me, stopped, and said simply, “John.” And I said, “Robert,” the first name of the Marine I was looking for. He reached out and we shook hands and he walked off into the night, leaving me with a sacred moment.

The Vietnam War haunts me as it does America. I read whatever I can about it and volunteer for graphics such as this one, a look at the Tet Offensive 50 years later. It ran in an April 2018 USA Today tabloid publication about the war.

The writing was the biggest challenge, I think. I was careful to explain the context of the offensive, how it was a military victory but a public relations loss from which the Johnson administration never recovered.

This graphic was well-received and was resurrected in October for another USAT publication.

1 — I later discovered the Marine I was looking for, Robert Mayhew, was a composite character created by Herr, based on several soldiers he met while covering the war for Esquire. Curiously, there was a Sgt. Robert Olan Mayhew from Elk Garden, W. Va., who was KIA in Vietnam on Feb. 8, 1969. Sometimes I think about writing about him.

This is a centerspread graphic I did showing a chronology of Dr. Martin Luther King Jr.’s life and how it fit into the American civil rights movement. I researched and wrote it for a special tabloid publication dedicated to Black History Month.

I covered the christening of a U.S. Navy destroyer, the USS Thomas Hudner, in Bath, Maine, in April 2017. I wrote the story for the Navy Times.

The ship, an Arleigh Burke-class guided missile destroyer, is named in honor of Capt. Thomas J. Hudner, a Navy aviator who was awarded the Medal of Honor for his attempt to save a fellow pilot, Ensign Jesse L. Brown, in North Korea in 1950.

A link to the Navy Times story is here.

I write motorcycle reviews for USA Today on occasion. I’ll get a vehicle from a manufacturer, ride it for a while, take lots of photos, and write up my impressions.

One of the latest was the Polaris Slingshot, which looks like a three-wheeled sports car, but is officially classified as a three-wheeled motorcycle — two wheels in the front, one in the back.

All motorcycles are fun to ride, but the Slingshot was different. It attracted unprecedented amounts of attention everywhere we went. Strangers would cross the street to ask questions.

The most common comment we got was “This looks like the Batmobile.” Lots of truth in that.

A link to the USAT story is here.